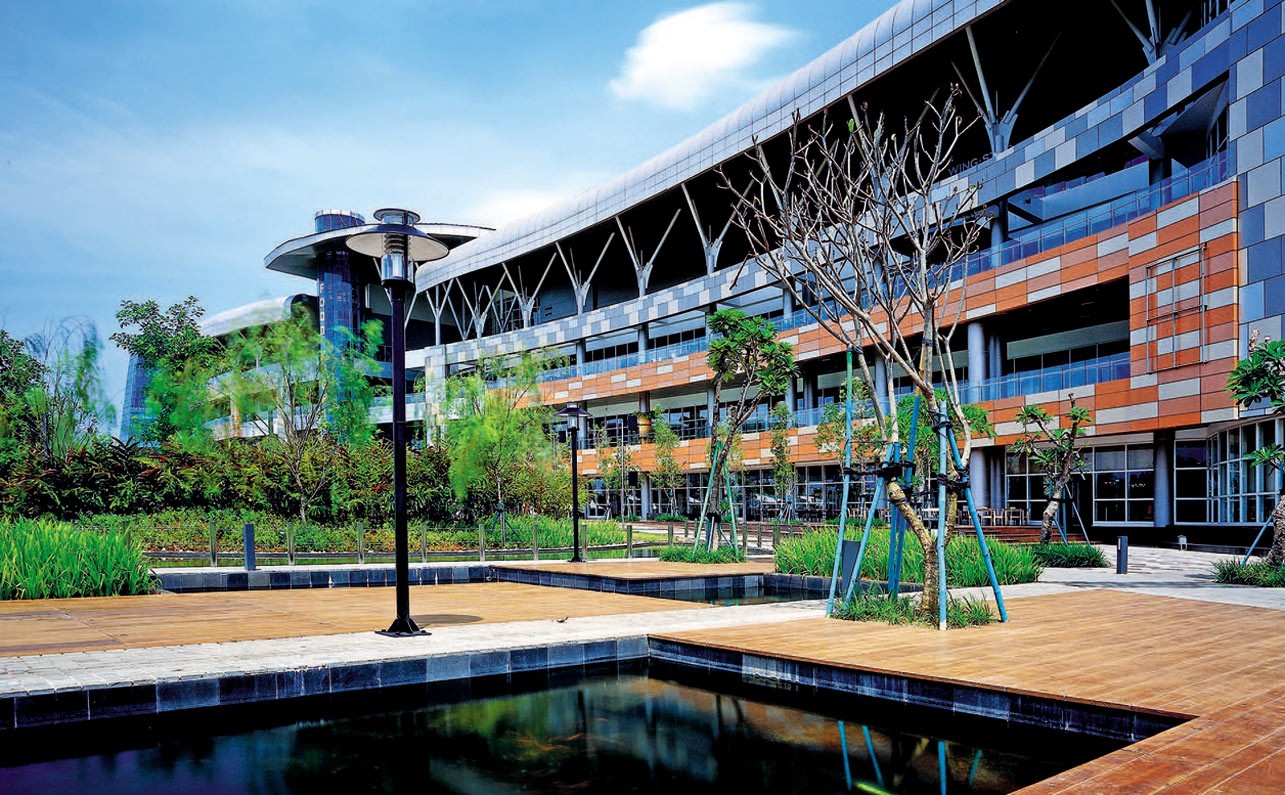 Your Guide to Rent Apartment in Bintaro
Bintaro Speaking of entertainment, Bintaro also provides several entertainment venues for families such as in Bintaro Exchange Mall (BXc mall), Bintaro Plaza, and Lotte Mart Bintaro. At BXc Mall you can experience different tourism and entertainment experiences. Not only shopping, visitors can also enjoy a variety of other entertainment facilities. For you movie fans, you can watch at Cinema XXI theater on the mall's first floor. Besides Cinema XXi, other facilities that you must try are BX Ring. Being the biggest ice skating arena in Indonesia, BX Ring is an attractive vacation choice for you and your family.
Besides that, the BXc mall also has an outdoor park which is quite wide, around 1 hectare. This park is equipped with a fish pond and comfortable seating to gather. Every Saturday morning in the second week and fourth week, the outdoor park also held a Morning Workout event with Taichi special sports.
Other shopping malls that you can visit are Bintaro Plaza. The shopping center that is not far from the STAN State Financial Polytechnic (PKN) is located in Bintaro Sector 3. Bintaro Plaza is known as a shopping center for the middle class. This mall is a suitable place for you young people who want to hang out or gather together with your friends because there are many choices of restaurants and cafes. For those who want to shop for monthly fashion needs, you can come to Cahaya that offers lots of clothes and shoes at affordable prices.
Menteng Park is one of the city parks in Bintaro that is often visited especially on weekends. Located in sector 7 right next to the CIMB Niaga Bintaro building, this park is best suited for morning exercise because there are jogging track facilities and the presence of foot nerve therapy from gravel. Not to mention the cool air thanks to the trees planted around the park.
For you cycling enthusiasts, you can go along the Bintaro-BSD gas pipeline (JPG) track between Bintaro Sector IX (Jakarta Japanese School) and BSD Sector XIV (Nusa Loka / Serpong Sector Police). Having a stretched track of up to 6.5 km, JPG Bintaro is one of the best MTB (mountain bikes) parks in Indonesia. The trajectory itself is divided into two, the first is the Tourist Track which is intended for beginners and families, while the Technical Track is often used for national mountain bike athlete competitions. In the Bintaro area itself there are various favorite eating places that can be your alternative in culinary tours. Like the Bintaro CBD Snack Park located on Jl. Boulevard Bintaro Jaya Sektor 7. This food court, which was known as 9 Walk, serves a variety of menus ranging from Asian cuisine, western cuisine, to archipelago offerings. Some of the eating spots in Bintaro's CBD Snack Garden which are favorites include Priangga Warung (western & japanese food), Pak Udon Rice Uduk (Indonesian food), Mr. Sambel Cobek duck (Indonesian food), Fish Streat (fish and chips), and MK Resto (chinese food).
Not far from Bintaro Jajan Park, there is a Bebek Kaleyo outlet located in the Menteng Park area, right next to the CIMB Niaga bank building. You can taste the Chili Ijo Fried Duck menu that is a mainstay. Besides being savory, the menu of Ijonya Chili Fried Duck is also very tender. Besides being able to culinary, you can also take a walk in Taman Menteng because the adjacent location is only separated by rivers and bridges.
If you want to enjoy the dining atmosphere in the village, Bintaro also has a similar place. Talaga Sampireun Restaurant, located in Bintaro Commercial Area Sector 7, precisely on Jl. Boulevard Bintaro Jaya Blok B7 No. N1 presents the concept of eating lesehan with floating saung surrounded by fish ponds. In addition to the atmosphere of the place which is calm and impressed away from the hustle and bustle of the city, the food menu can also arouse your taste such as Gurame Bakar Kecap, Iga Bakar Penyet, Liwet rice, Tumis Bunga Papaya and a package menu for families.
In addition to Talaga Sampireun, a rustic restaurant is also in Bintaro. Its name is Pecel Pincuk Godong Ijo. Located precisely in Sector IX, for those of you who have just been to Bintaro for the first time to find the Pecel Pincuk Godong Ijo restaurant this might be a bit difficult because of its rather hidden location. This restaurant serves East Javanese menus such as pecel rice, sego corn, cingur salad, tofu egg, rawon, Javanese noodles, and other East Javanese menus. Interested here you can come to Bintaro Sector IX precisely behind Anita's salon. For matters of public transportation, Bintaro is arguably the most indulgent. Not without reason, there are 3 train stations in Bintaro which can be used to reach the area around Bintaro such as Jakarta and Bogor. The three train stations include Pondok Ranji Station (with Tanah Abang - Serpong - Parung Panjang - Maja), Sudimara Station (with a route to Serpong, Parung Panjang, Maja, Tanah Abang, Merak, Jakarta Kota, Rangkasbitung, and Duri) , and the Jurangmangu Station which serves a route similar to the two previous stations.
In addition to trains, public transportation that can be used in Bintaro is the Trans Bintaro shuttle bus with the Mall Bintaro Xchange route to Ratu Plaza Sudirman. The shuttle bus operating hours are divided into three parts, namely morning at 05.45-08.30 WIB, afternoon at 09.00-14.00 WIB and afternoon at 15.00-19.00 WIB.